Illinois implemented a major change in how child support is computed. The new system replaced the percentage guidelines formula officially used since 1984 and is now using the income shares model—joining 39 other states and the District of Columbia that have made this change.

The percentage guidelines formula is now considered an outdated model for computing child support because it does not reflect actual child rearing costs or allocating those costs between the parents. Illinois will continue to use net income to calculate a party’s respective share of support responsibility and the relevant definition of income will continue to be all income from all sources.

Use the following text link to read the full article or download the pdf.

Ms. Bennett will be continuing her speaking engagements with Illinois family law attorneys at the following upcoming events:

A major change in Illinois law on the methods to calculate child support will become effective July 1, 2017. One of the lead drafter’s of this new child support legislation, Margaret Bennett, shared her thoughts on the new income shares method in her Article in the December 2016, ISBA Bar Journal. The new child support statute considers the income of both parents and the cost/expenditures of the child(ren).

If you would like to know more about this new child support statue, please contact Margaret Bennett at (630) 573-8800 or info@lawbennett.com to schedule an appointment.

This is Ms. Bennett’s the fifth year in a row she has been recognized as an Illinois Super Lawyer. Only 5% of attorneys in the State of Illinois are selected to the Super Lawyers list. Congratulations to Ms. Bennett on her outstanding dedication and excellent work in the area of Family Law and Divorce!

Happy holidays from Bennett Law Firm! Once again, Bennett Law Firm donated holiday gifts to disabled adults living in group homes in the Chicago area. Each recipient received a bag containing a personalized gift, gift cards and essential daily use items. Santa arrived to delivered the gifts to the delight of everyone at the holiday party held on December 12th in the Chicago western suburbs. The firm began purchasing gifts back in July and worked throughout the fall to find the perfect combination of gifts for these wonderful and deserving individuals.

We wish you and yours a wonderful holiday season and a happy new year!

Bennett Law Firm is proud to share with you the latest article from Ms. Bennett regarding the new Illinois Income Shares Child Support Guidelines published by the Illinois Bar Journal. Ms. Bennett is one of the drafter’s of the new child support legislation which will become effective July 1, 2017.

On October 1, 2015, Margaret A. Bennett was a speaker at the James R. Thompson Center Auditorium in Chicago, Illinois, regarding the new Parentage Act of 2015 which will be in effect beginning January 1, 2016.

You can see the video of Ms. Bennett’s presentation and read the summary or the full Parentage Act here: Navigating the New IMDMA & Parentage Act

Every state utilizes guidelines to uniformly calculate child support obligations for multi-partnered families. Child support obligations are a reality in that nearly half of all marriages end in divorce; two-thirds of women and three-fourths of men remarry; and many start second families.[1] Further, more and more children each year are born to unmarried women. According to Illinois Department of Public Health statistics, the percentage of all children born in Illinois to unmarried women increased from 25 percent in 1984 to 41 percent in 2010.[2] That percentage increases to 50 percent for women with less than a post-secondary education, and to almost 80 percent for African-American women residing in Chicago.

Data from Wisconsin-based Temporary Assistance for Needy Families (TANF) cases illuminates the complexity of multi-partnered families.[3] On average, more than half of all mothers with a three-year association with TANF had children with two or more fathers. In nine percent of these situations, the fathers also had children with other women.[4] Further, when women had children with just one man, he was the father of children with at least one other woman 16 percent of the time.[5] Applying guidelines to calculate child support obligations in these scenarios presents complex challenges. To accomplish this daunting task, states generally employ one of three basic methods including the Melson formula, the percentage of income model, and the income shares model.

Melson Formula – Utilized in Delaware, Hawaii, and Montana, this formula reflects public policy considerations of a parent’s personal minimal support needs that should be met before he or she can support the needs of others.[6] However, public policy also recognizes that additional enhancement of a parent’s financial circumstance is impermissible until the parents jointly meet their child’s primary support needs. Finally, the child’s standard of living should adjust in proportion to the parents’ improved standard of living.

Once a parent’s minimal support allowance and the child’s standard of living is established, each parent is assigned a prorated share of the child’s subsistence standard based on the total share of the parent’s income.[7] A percentage of any additional income is then utilized to improve the child’s standard of living. Proponents of the Melson formula argue that although it appears complex relative to other models, it is the fairest and most internally consistent of the three. The formula minimizes differences between low and high income earning parents, addresses special custody relationships, and contemplates the needs of children and their parents.[8]

Percentage of Income Model- Illinois and nine other states including New York, Texas, and Wisconsin utilize the percentage of income model to calculate child support obligations.[9] The IMDMA, 750 ILCS 5/505 provides that “[t]he duty of support owed to a child includes the obligation to provide for the physical, mental and emotional health needs of the child.”[10] While all jurisdictions require Financial Affidavits from both parties, only the noncustodial obligor’s income is considered when calculating support obligations in the vast majority of cases. A percentage of the non-custodial parent’s income is calculated to determine the minimum amount of support owed per child. For example, the noncustodial parent owes 20% of his or her net income to support one child, and 28% for two children. When making a child support calculation for parents with multiple children from multiple partners in Illinois, the guidelines provide that a paid child support obligation arising out of an existing court order is deducted from the parent’s gross income before applying the percentage for child support.

The result of this formula is an uneven payment of child support such that the oldest child receives more than his or her younger sibling from a different partner. The Illinois legislature traditionally considered the first in time, first in right approach fair because the oldest child should not receive less support due to the non-custodial parent’s actions. However, this theory is fatally flawed because it benefits older children to the detriment of their younger siblings. The progressive New Jersey process creates the most equitable results for multi-partnered families. In New Jersey, the guidelines vest the court with the authority to review and adjust all support orders in a consolidated proceeding by averaging the orders or fashioning some other resolution that treats all supported children fairly.[11]

Admittedly, at least in Cook County, the ability to authorize consolidation and review of multiple family situations could have far reaching and dire effects on an already overwhelmed court system. This could lead to costly and time-consuming litigation. However, the first in time, first in right approach is archaic and unjust. New legislation promulgated by the ISBA Family Law Section Council seeks to address these concerns by utilizing an income shares model to calculate child support obligations rather than the archaic percentage of income model.

Income Shares Model- Forty states, as well as, Washington D.C., Guam and the Virgin Islands, utilize the income shares model to calculate child support obligations.[12] This approach is based on economic analysis showing that the proportion of a parent’s income devoted to children in intact families declines as income increases. A lesser percentage of income is spent on necessities such as food, lodging, medical and education. Application of this rule should result in the noncustodial parent paying approximately what the parent would have paid if the family had remained intact.

Unlike the percentage of income model, the income shares model requires income information from both parents. Each parent’s net income is determined based upon gross income minus either the standardized or individualized tax amount. Parents then are responsible for their prorated share of child support thereby creating a more comprehensive, fair, and flexible process of determining child support obligations as compared to the one size fits all percentage of income guidelines. The court may issue minimum support orders to parents living below the poverty line, and individualized income guidelines may be utilized to determine a child’s physical care needs when one or both parents have prior child support obligations to other children. Movement to the income shares model is a step in the right direction for Illinois but does it go far enough? One possible solution would be to give the court greater authority and discretion to review and adjust child support orders on a case-by-case basis in the best interests of all children. 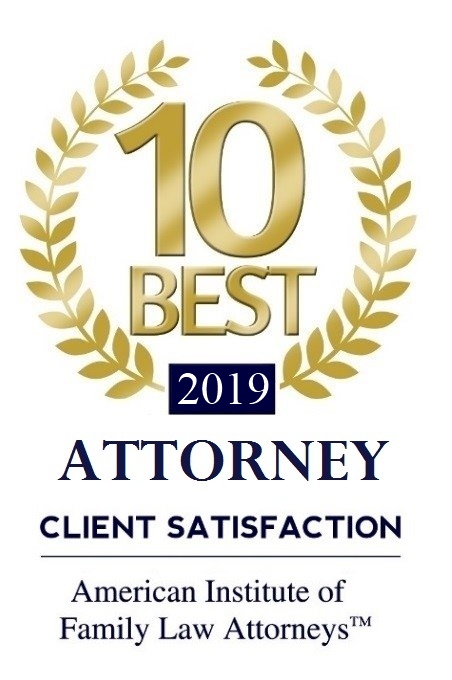